I am currently in Kunming, Yunnan learning Chinese in an intensive program. This is the weather that greeted my on the first morning in Kunming. Normally, it is called the spring city, but the weather was pretty rainy, cold and foggy. I hoped that it will improve when I actually want to go outside and discover the city.

During the week, I normally have 6 hours of class and then review on my own after that. Therefore, I just want to go out on the weekends. Last weekend was the first weekend since I arrived in China on the 22nd of October. Me and a couple of friends from the school wanted to go to the Green Lake and the adjacent Military Academy. The trip itself was recommended by one of my teachers.

That day it started cold and cloudy again, but when we went out, it was really warm and sunny. On the weekend, the school does not serve meals, therefore each student has to find something to eat on its own. Therefore, we first went to a Yunnan restaurant to eat. In the beginning it was thought to take the bus, but then we decided to just walk to the restaurant.

It was a nice walk starting from the school to the restaurant. We passed many local shops and other establishments. After around 30 minutes, we finally arrived. As normal, the waiters did not speak English but we managed to order. My friends speak pretty good Chinese, which on the one hand makes it easy to come around. On the other hand, I let them talk therefore limiting my exposure to real Chinese interaction.

One dish was named 马帮牛汤锅 which I wrongly interpreted as that it contains horse (马) and beef (牛） meat. We asked the staff whether there was any horse meat in our soup, and I think they really wondered why we asked him that. The food was really nice and we got a discount by using an app and electronic cash. 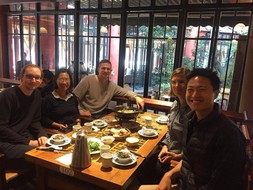 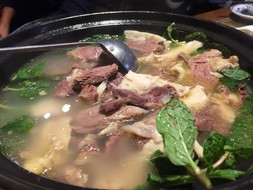 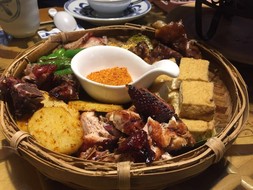 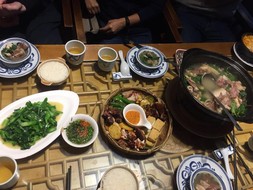 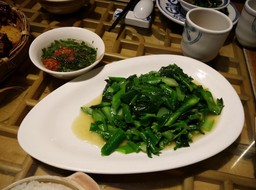 After that, we walked to Green Lake. We crossed through the city centre, it was my first time to see it. There are many shops with very expensive brands, I wonder who can afford and is buying it in Kunming. The Green Lake pretty much delivered its promise of being green. There are some small lakes around and some larger ones. The smaller ones are covered in green goo, my guess it is produced by lotus plants that are living there. On the larger lakes, you can run in a hamster ball or take a boat and follow a round course. In the park itself are many small carts which sell refreshments and even living turtles. We said if you buy one and let it free, then they directly catch the turtle again and sell them to the next tourist. I would like to have a small turtle by myself, but it would be difficult to bring it back to Germany. 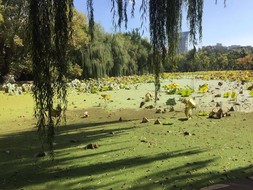 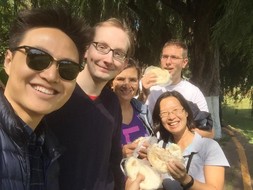 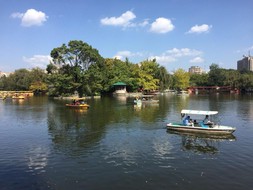 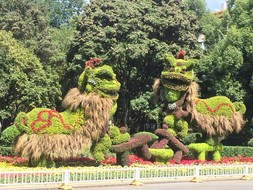 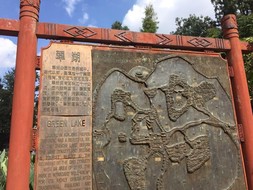 I really enjoyed the trip, the food and getting to know Kunming. I hope that next weekend will be as nice as the last one.

I am a computer science PhD student and Chinese learner.